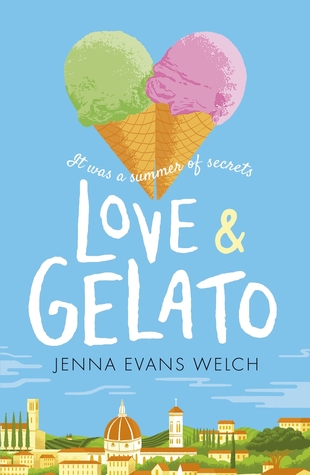 The dying wish of 16-year-old Lina’s mother was for her daughter to live in Tuscany and get to know her father, whom Lina has never met.

“Howard is the best man I’ve ever known,” her mother says, “he’ll keep you safe.” Why did her mother wait so long to tell her about him? Lina has a happy life in Seattle and doesn't want to leave. Shortly after she arrives at Howard’s home, Lina meets Sonya, who gives Lina a diary that belonged to Lina’s mother, the one she had kept while she was a photography student in Florence. While Lina is living her life and exploring Tuscany with her handsome neighbour, Ren, she follows in the footsteps of her mother and gets to know her as never before. She also finds out the truth about her father. Mostly she finds out about herself.

Love & Gelato is the perfect summer read! The writing is smooth, using all five senses to draw you into a breathtaking world of heartache, new love and the magical country that is Italy. I must admit though that I thought parts of the end were a little cheesy, but in good way that left me smiling, even if I was shaking my head. Still I enjoyed every page of this book, cheesiness and all!

After her mother’s untimely death, Lina is forced to spend a summer in Italy with the father she has never met. Plotting her escape back to the states, her days are only made bearable by the amazing food, and a sparking friendship with a boy named Ren. But when she is gifted an old diary of her mothers—detailing the eighteen months of her mum’s own Italian adventure—Lina discovers a side of her mum she never knew. A side full of secrets that are about to rock Lina’s whole world, all over again.

Romance, beautiful scenery, a story within a story… along with mouth watering food descriptions, this book has it all. It also left me with a huge yearning to fly to Italy immediately… and the biggest craving for pizza and gelato!

Lina is a very honest character. Her feelings are very raw and as a reader, you can’t help but feel bad for her situation. She is very relatable as a person, however her restraint toward reading her mum’s diary drove me a little crazy. I really wanted to know what happened next!

Thanks to the dairy, this was also a story within a story, allowing the author to seamlessly flow between mother and daughter's POV. This gave us an in depth look at both characters, and their relationship. It made for a thrilling yet heart-wrenching read.

As for the romance, it was delicious in its slow burn and friendship building way. Ren is instantly likeable and quickly proves himself as a great guy. Watching him and Lina flirt was super cute and they were the sort of couple you're just begging to hurry up and kiss already :)

I did have a couple of gripes with this book though. As I mentioned, I thought parts of the end were a little cliche, but still cute and fitting with the story. However Lina could be a little naive at times and she doesn't always make the best choices. Ultimately though these were all small things and I still turned the last page, completely satisfied with the story.

All in all I can’t wait for this authors next book - I just discovered it will be set in Ireland - which I’m super excited for! Jenna Evans Welch is definitely a writer to watch out for.

Swoon-worthy, emotional and full of colour, I give Love & Gelato 4 stars!

Have any of you guys read this book? If so what are your thoughts? Any more summery reads you would recommend?

Posted by whispering words at 20:52 4 comments: 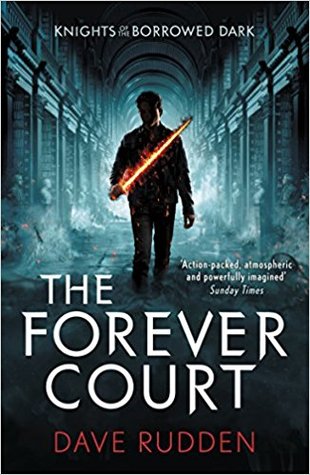 Other books in the Series:
Knights of the Borrowed Dark

Life is retiring to normal for Denizen Hardwick. Well, the new normal, where he has to battle monsters in quiet Dublin bookshops and constantly struggle to contain the new powers he has been given by Mercy, the daughter of the endless King. But Denizen may need those powers sooner than he thinks - not only are the Tenebrous stirring again but the Order of the Borrowed Dark face a new threat from much closer to home…

I liked this book but felt it was a heavier read than the first. The characters have matured, new enemies were introduced but for all the subplots and intriguing undercurrents, sadly, I felt this story lacked the spark that made the first book so unforgettable.

Denizen is now an official knight in training. Struggling to contain the power given to him by Mercy, the daughter of The Order’s greatest enemy, the endless King - he lashes out at those closest to him, isolating himself away before he can hurt someone. But when a new threat rises, and the Knights are called to action once more, Denizen will need all his wits if he is to defeat the evil that is rising, and rising with a power that matches his own…

A lot of new characters were introduced to the story, and at times the switching POV’s were a little confusing. However I liked the new, fire-wielding bad guys, but missed the variety that the Tenebrous (and their mishmash bodies) brought to the previous story. Unlike book one which really excelled at creating a creepy atmosphere, I found these pages pretty lacklustre.

Having said that Dave Rudden’s beautiful writing remains intact, and I liked the sarcasm and humour threaded through the story. The Epitaphs on the gravestones really made me smile, as did the witty banter between fights.

Denizen though has done some significant growing and comes across older, and much more mature. He has begun to develop an interest in girls, but is closed up about his feelings. Whenever it came to building bridges with his mother, he turned into a typical petulant teenager, which although entertaining to read, took up a lot of his thoughts making this story less action based and more emotional.

I also felt that many of the original characters didn't get much page time. While everyone was present, most were given fleeting appearances meaning we got no more backstory, or character development from them. Mostly I just really missed the teamwork aspect that played such a significant part in the previous book - this novel read like a Denizen solo.

As for the plot, it really picked up toward the end, and  it was engaging enough that I will read the next book. Despite the negativity of this review - I did ENJOY this book, I just didn't connect to this story the way I wanted to. I’m crossing my fingers the next book will feature more evil Tenebrous!

Posted by whispering words at 16:03 2 comments: 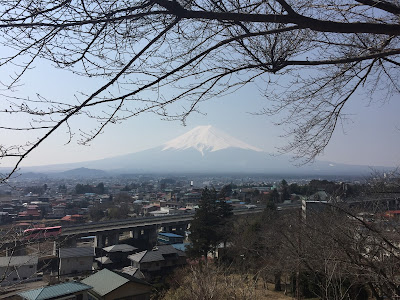 YA Set in Japan

So while I was in Japan, I put together this post on all my favourite YA books that have a Japanese theme or setting.

These are the same books that first seeded my desire to see Japan, then later became even more enjoyable when I started to recognise and relate to the words and culture now so familiar to me.

I want to share these book with you today because each story is beautifully unique, and they all capture the real flavour of Japanese life. Everything from the culture, scenery, customs, food, etiquette… even the folklore.

I hope you will enjoy these as much as I did. Now in no particular order, here they are: 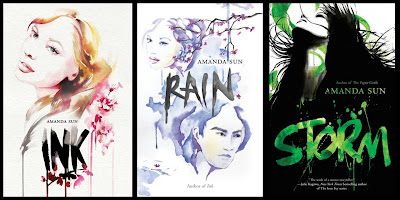 YA Fantasy - but with a modern-day setting!

I really enjoyed the imagination behind this book. The main character is western girl whose life is suddenly up-rooted to Japan and I found her reactions to be really relatable. She of course meets a gorgeous Japanese guy… but he has dark secrets and an even darker power…

You can find my review of the first book HERE 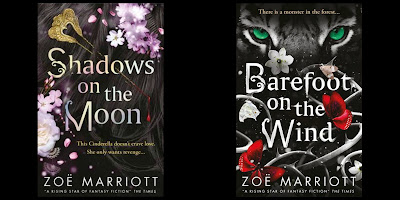 Shadows on the Moon
&
Barefoot on the Wind

These books are simply beautifully and are re-tellings of the classic fairytales, Cinderella and Beauty and the Beast. Given a Japanese twist, and set in a fantastical version of feudal Japan, they are a definite must read!

Find my reviews HERE and HERE 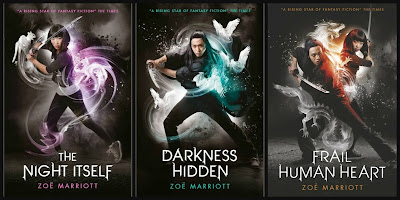 The Name of the Blade Trilogy

YA Fantasy with modern day setting!

Yes, Zoe Marriott gets a second mention because her books are just that awesome! And although this trilogy is actually set in London, the main character is of Japanese heritage and her adventures are something straight out of a manga. Another must read! 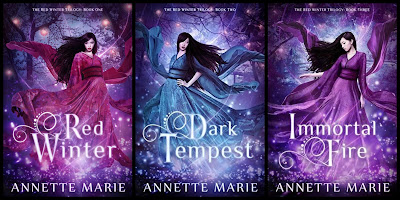 YA Fantasy with modern day setting!

I only recently discovered this series, and am desperately waiting to get my hands on the last book. Its got everything! Romance, Demons, a heart-pounding plot and so much page-turning goodness!!

I’ve reviewed Book’s one and two HERE and HERE. 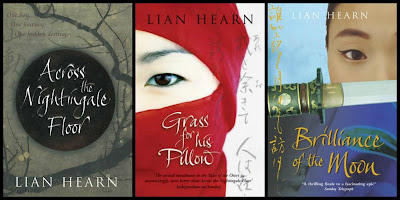 Tales of the Otori
(Across the Nightingale Floor)

It’s been a few years since I’ve read this series (back in my pre-blog days) but there was a lot to like about it. In fact… I think its time I gave this one a re-read myself!

Any that I’m missing? If you know of any more great Japanese themed books please shout them out to me in the comments. I’m always on the lookout for more - whether they be Middle Grade, YA, NA or Adult :)