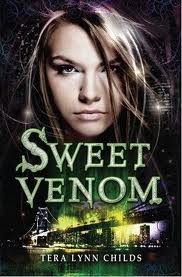 
I’m lucky enough to have Tera Lynn Childs on the blog today! With the release of her latest YA novel Sweet Venom now available in the shops, I asked if she would write post and tell us all a little bit about where she gets her inspiration from. And also what her general day-to-day writing process is like for each book. Hope you enjoy! Over to Tera.


My ideas come from everywhere. Ask a writer where she gets her ideas and chances are she’ll reply, “Where don’t I get my ideas?” I’ve found inspiration in a reality TV show title, another book, a newspaper article… everywhere. Getting ideas is the easy part. The hard part is turning them into books.


The process is a little different for each book, but it generally goes something like this:


·         Brainstorm. Make notes about scenes and characters, plot points and black moments, kisses and side kicks. (Note: This usually involves lots of post-its, index cards, highlighters, and white boards. And lots of gazing out windows, staring at ceilings, and drinking caffeinated beverages. This part is the most fun.)


·         Come to a difficult word/sentence/paragraph/scene/all of the above.


·         Start at blinking cursor until inspiration strikes or coffee runs out.


·         Push through the tricky part using self-bribery, Write or Die, or sheer willpower.


·         Make character collages instead. Cutting up magazines and pasting images onto paper is way more fun than writing. Plus, productive!


·         Get inspired by finished character collages. Remember why idea seemed so brilliant in the first place.


·         Go back to writing, pushing through the horrid parts and making notes about how to fix them later, until The End.


·         Revise and repeat until novel is as close to brilliant original idea as humanly possible.


·         Click send.
Some books make this process easier than others. And some make me want to pull my teeth out with a tweezers rather than write another page. Sweet Venom was somewhere in between. Writing three first person characters in a trilogy (with three individual stories and three overarching stories told across three books—eep!) was probably the hardest writing project I’ve tackled yet.


Every time I got frustrated or stuck or generally freaked out about the scope of it all, I pulled out my character collages and reminded myself just who Grace, Gretchen, and Greer are and why I’m telling their stories.


You can check out her character collages below: 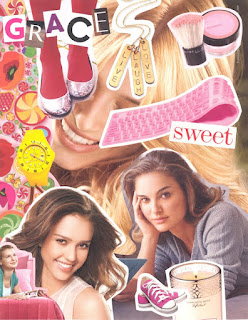 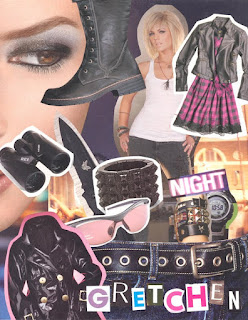 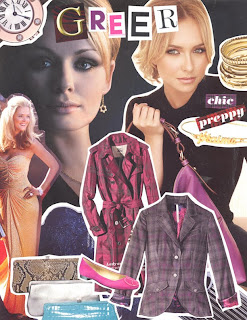 How awesome are they? Thanks for sharing this with us Tera - and for those of you who haven't yet had the chance to read Sweet Venom, what are you waiting for? It is another faboulous, light hearted read that that is full of fun, adventure and fiesty heroines! Deffinetly one to check out!
﻿
Posted by whispering words at 12:19 2 comments: 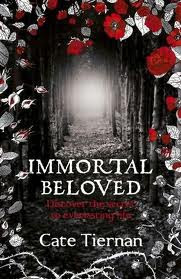 Immortal Beloved
Cate Tiernan
YA Paranormal
Book #1 of the Immortal Beloved trilogy
Synopsis:
Nastasya has spent the last century living as a spoiled, drugged-out party girl. She feels nothing and cares for no one. But when she witnesses her best friend, a Dark Immortal, torture a human, she realizes something's got to change. She seeks refuge at a rehab for wayward immortals, where she meets the gorgeous, undeniably sexy Reyn, who seems inexplicably linked to her past.

Nastasya finally begins to deal with life, and even feels safe--until the night she learns that someone wants her dead.
Review:
This book is truly amazing and I really, really enjoyed it. While I must admit, it’s very different to anything I’ve read before and it did take me a few chapters to get into - I was soon completely hooked by the story. Based around the idea of immortality, the book contains elements of tragedy, drama, romance and self-discovery. A really fascinating read.
The story follows Natasya, a 559 year old immortal who has forgotten what it means to live a normal life. Going from party to party, she has spent the last few hundred years in an alcohol/drug induced haze that keeps each day fun and interesting – but lately she’s finding even her wild lifestyle a little monotonous. But then Natasya witnesses her best friend torture a mortal human for no reason other than for entertainment, and it wakes her up to the kind of life – and the kind of people - she’s choosing to have and spend time with.
Telling no one where she is going, Natasya decides enough is enough and runs away to America in search of a fellow immortal who she met many years ago. She soon finds herself in a small rural town and ends up at kind of sanctuary for wayward immortals. Here she learns to reacquaint herself with life and for the first time in years, she allows herself to remember the tragedy of losing her family. But her dark past will soon catch up her present and when Natasya accidentally befriends the person responsible for making her an orphan…
There were many great things about this book but my favourite would have to be Natasya’s character. At first I thought she was quite a shallow and party loving kind of person but as the story unfolds, you learn about the horrors and trials she’s suffered. The history she has been a part of and the many different lives and disguises she has lived in. They all shaped her into this sarcastic, clever and often, very sad and lonely person who in this story – just wants to find meaning in living life again.
The plot is very character driven and as the storyline is fairly complex, I did find the pace a little slow at times but ultimately I remained engaged in the story. I liked watching Natasya evolve as person and I enjoyed seeing how she overcame each new trial. The other characters were also very unique and interesting individuals – each trying to deal with their own problems and histories.
The romance in the story was also well written. From the beginning, Natasya’s attraction to sexy ex-Viking Reyn is undeniable – but unlike many YA romances, this one is a slow burn and comes with plenty of drama and shocking revelations. I can’t wait to see how things will develop between them in the next book.
So overall, a really great read and a fabulous start to what promises to be a fantastic new series. Dark and dramatic, Immortal Beloved is truly an amazing read! 4 stars!